As development consultants we often encounter very mature software applications that are now in need of modernisation.

Many of these are considered to be critical applications that deliver inherent business value and as such, are commonly large complex solutions.

Does this sound familiar?

These applications are characterised by the following:

In a perfect world we’d prefer these applications to:

So, what are the options?

The options for modernisation usually depend on factors such as the size and complexity of the application. Appetite for change and budget available will also play a part. Some options include:

Deciding which option to proceed with can be a daunting prospect in itself. However, development consultants can help with this by conducting the following activities:

As mentioned above, we come across complex monolithic applications that are now so hard to manage that it’s time to start thinking about their future and how they could be transformed.

Imagine that we have the following hypothetical application that:

Embarking on a full rewrite at this stage would be too expensive, too risky and would take too long.

Identify functionality that could be broken off into a lightweight, decoupled component (that could even be presented as a container image and deployed / scaled on demand). This can then be deployed independently and run as a service in a self-hosted process. 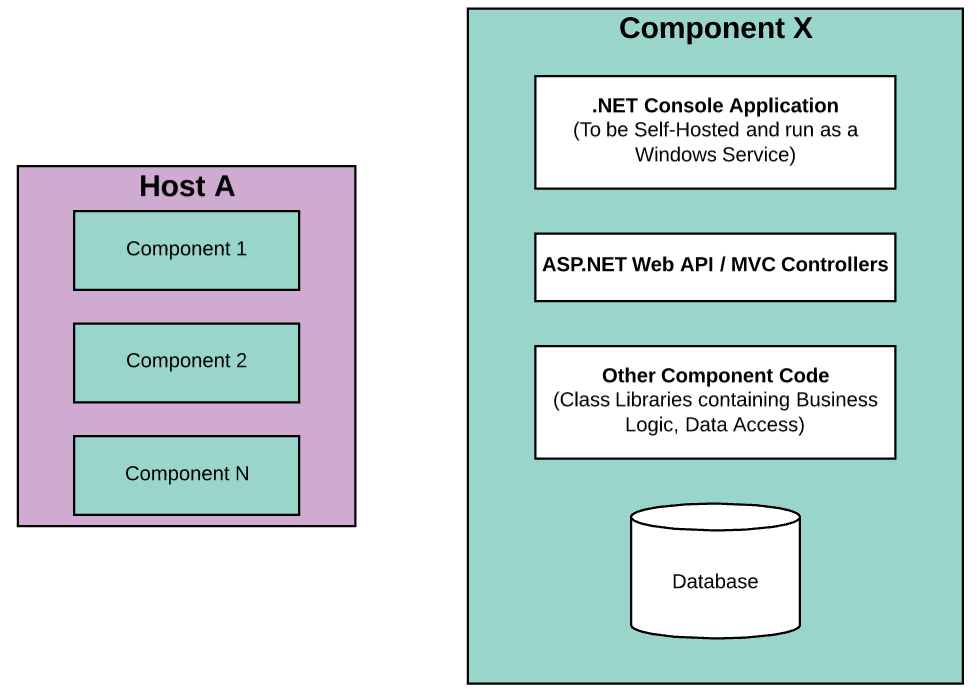 This is just one way to modernise a complex monolithic application. However, there are many other approaches that could be taken and should be decided on a case by case basis.